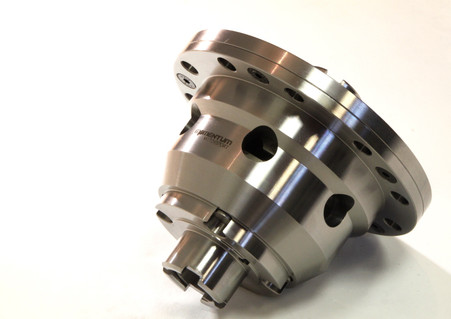 The NXG Performance unit utilises a super-strong EN24T end plate and houses 3J Driveline's own design of plate pack which always runs with 8 active surfaces, even when set up for the lightest of use, to always give a maximum surface contact area during use.
The bevel and planet gear pack has been designed to give the smoothest mesh, and has the biggest and strongest tooth profile that the transmission experts at 3J Driveline have ever been involved with. This eliminates the rattle and excessive backlash that can be found with other plate-type units.

Although the Honda K-Series NXG LSD is relatively new to the market we have already seen some great success with these units. James Houghton, who is best known for for his physics bending Time Attack Type R Integra James decided he needed some wheel-to-wheel action in his life and to address this issue he built Thebullettsx. For the CL7 project James decided that he wanted to try some new things, one of which was our NXG LSD, true to form in his first outing James delivered a dominant performance with wins in Race 1, 2 & 4 giving him the overall event win at #GRIDLIFE TOURING CUP (GLTC) COTA. Ever since that event James has raved about the NXG unit, he was truly blown away by the differential's performance and the driving dynamic it provided. Most recently James attended Ontario Time Attack with the CL7, not only did he take the top step but in doing so smashed the Overall Production Car Lap Record for Canadian Tire Motorsport Park DDT track in 1 kink configuration.